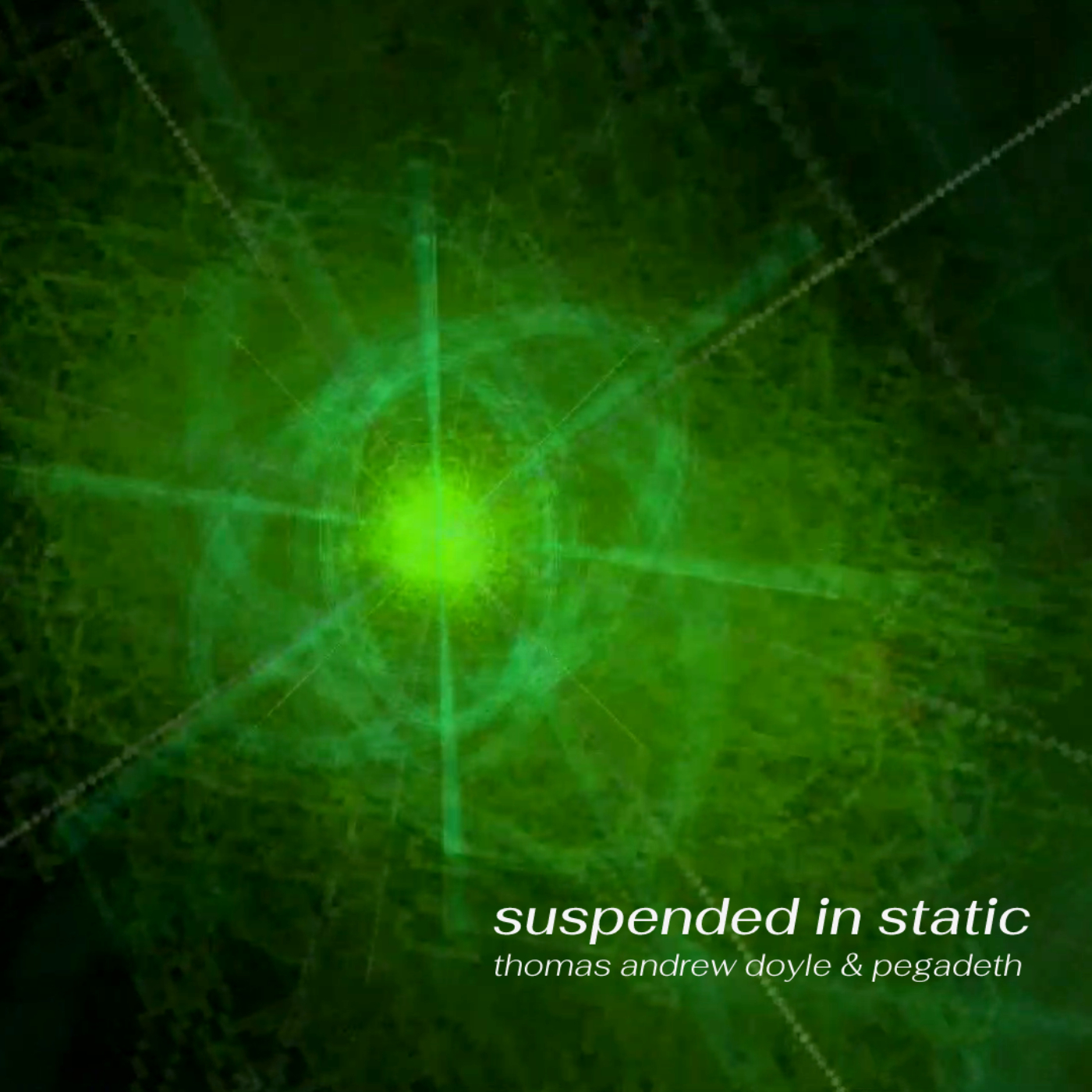 Spend $50 or more and get our new release “Suspended In Static” free instantly with this link: https://tad.merchtable.com

released June 5, 2022
Suspended In Static, although split up into five separate movements, is a full piece of music that is meant to be listened to in its entirety from start to finish.

The initial tracks were recorded as improvisation and then subsequent layers were added to fill out the piece. The instruments used were the Moog Matriarch Dark analog synthesizer and one other software synth. We strived to keep a minimal track count. Five separate tracks were used to make Suspended In Static of which four were from the Matriarch Dark, including the first improv and three overdubs. Our goal was to make a full and compelling soundscape with a sci-fi flavor that also exhibits tinges of psychedelia.

Imagine if you will, a pulsar inside of our own galactic neighborhood spewing forth radiation and magnetic energy over vast distances of space. Radio frequencies beyond our own human perception fluctuate, expand, and contract with power so immense that it is unfathomable. All the while, the cosmic flux is warping space-time beyond any logical reasoning. If any voices are heard in your experience when listening to the song, they are audio hallucinations in nature. No vocals or voices are in this recording.

We hope that you enjoy this sonic journey as much as we enjoyed creating it. ~T & P Doyle