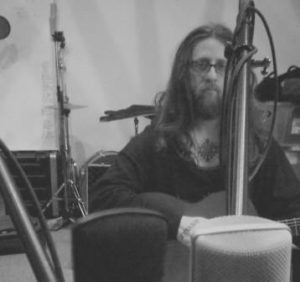 We would like to congratulate Mike Scheidt on his record deal with Thrill Jockey Records out of Chicago. He is recording his debut solo acoustic record here at Witch Ape Studio. Mike has been a longtime friend and we are excited and honored to record his project. Mike will be traveling back and forth from his home in Eugene, Oregon to Seattle over a period of the next few weeks.  This will be somewhat of a departure from the musical directions that Scheidt has been known for in the past but we think based on what we have heard in the demos that fans of YOB will not be disappointed.  “I am playing acoustic guitar from a Doom Metal perspective” says Scheidt.

Mike just got word that his band Yob will be on the opening slot of the 2012 TOOL tour on the East coast of the U.S.. Stay tuned for more on the recording.